Happy Christmas from the Teletubbies

Big Hug! is the 7th Teletubbies VHS. It was released in 1999 by BBC and Ragdoll Productions and in 2000 in the US by PBS Kids.

It was re-released along with Busy Day on the DVD 'Time for Teletubbies' in 2008.

It mainly features the Teletubbies having fun and of course, giving big hugs.

Laa-Laa and Po have a Big Hug

Dipsy and Laa-Laa go for a Walk 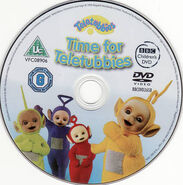 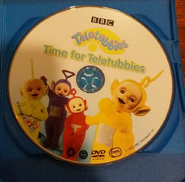 Spanish (Abrazo Fuerte in the series)

Italian (Tante Cocolle in the series)

Dutch (Kusje in the series)

US VHS
Add a photo to this gallery
Retrieved from "https://teletubbies.fandom.com/wiki/Big_Hug!?oldid=65209"
Community content is available under CC-BY-SA unless otherwise noted.