Dance with the Teletubbies (VHS)

Here Come the Teletubbies was the first Teletubbies VHS. It was released in 1997 by BBC and Ragdoll Productions and 1998 in the US by PBS Kids.

Special Features for US Version 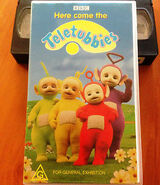 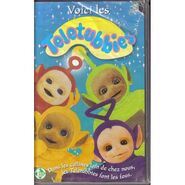 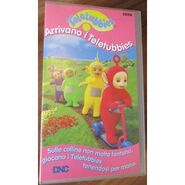 US DVD cover
Add a photo to this gallery
Retrieved from "https://teletubbies.fandom.com/wiki/Here_Come_the_Teletubbies?oldid=58420"
Community content is available under CC-BY-SA unless otherwise noted.