The Teletubbies have fun creeping round the control panel and under the arch before watching some children marching and dancing with twirlers. Tinky Winky, Dipsy and Po go for a walk. While they're gone, Laa-Laa decides to dance a secret dance. But every time the other Teletubbies come back, she pretends to be asleep. They eventually realise that she's not really asleep. So when they go out again, they watch Laa-Laa from the window. When she sees the other Teletubbies outside the window, she performs her secret dance for them and the Noo-Noo. 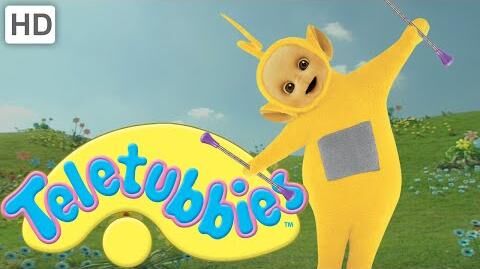 Retrieved from "https://teletubbies.fandom.com/wiki/Twirlers?oldid=65647"
Community content is available under CC-BY-SA unless otherwise noted.